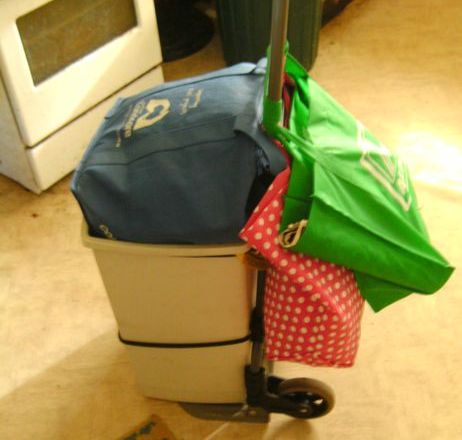 This is a short post explaining how to make a "Mega" Shopping Trolley, and is written from an Australian perspective. Now I'm not talking about those metal/plastic carts (known as "Trundles" in New Zealand) that you push around the supermarket and invariably has a wonky castor. Rather, I mean the sort of thing that you try and stuff as much as you can in, and pull behind you on the way home full of groceries. The sort of thing that looks like these: 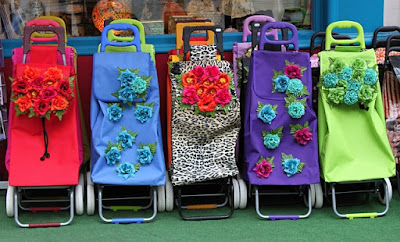 Now for a small amount of shopping these are almost OK, but they have two main issues. The first is that they never seem to be big enough for what you need to buy. The second is that they tend to wear out quickly with repeated use. Typically either the fabric rips or tears, or more likely the wheels (which are the cheapest part of the trolley) will break.That last can be really awkward when it happens on the way home. The solution to this is to make your own trolley, and it's simple (and relatively cheap) to do.

Make your own Trolley


I first constructed my own trolley shortly after I could no longer afford to run and keep my own car. Being on a fixed income, I still needed a way to get the groceries back home on the bus, which I now used. The earliest record of my Mega Trolley was in my comic Floods and Storms, which recounts what happened in 2007 when a monster storm hit the Newcastle area. Here's what it looked like: 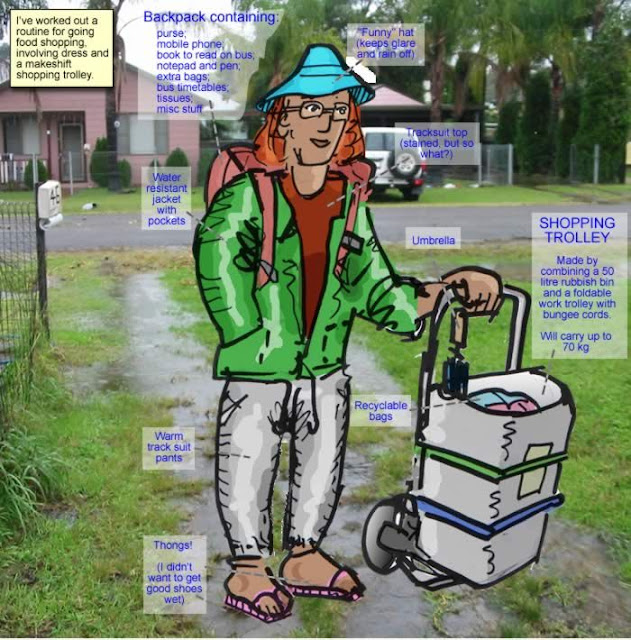 As you can see, it's easy to make. You need a work trolley (usually one that folds away, a large (50 litres or more) squarish bin with the top removed, and a couple of "bungee cords" (elasticized cords with hooks or looks on the end). You fold out the work trolley, place the bin on folded-out base plate, and then attach the two bungee cords around the bin so that each each is secured around a shaft of the trolley. For example, my current mega trolley looks like this: 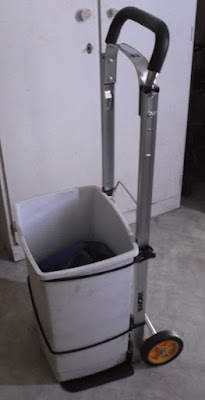 The bungee cords go inside and around the shaft. These have a loop on the end that you can lock, and were better to use than ones with hooks because the shafts of the trolley were square in shape and hooks wouldn't hold properly. This rig initially (in 2007) cost me $29 for the work trolley from ALDI, $20 for the bin from Big-W, and $7.50 for the special bungee cords from Bunnings. That's $56.50 all up, but the wheels won't break easily on this and the fabric won't rip (unless you're doing something SERIOUSLY WRONG)!!

In general a trolley with no groceries in will be easy to carry on a bus or train. It won't take up much more room than a regular commercial trolley, and the only extra weight will be your own shoulder/hand bag plus 2-4 shopping bags. One technique I've used is placing the unfilled trolley into the middle of a shopping cart. As you go from store to store you place the purchased items behind the trolley, and put the items you're about to buy in front. Here's an example of that. 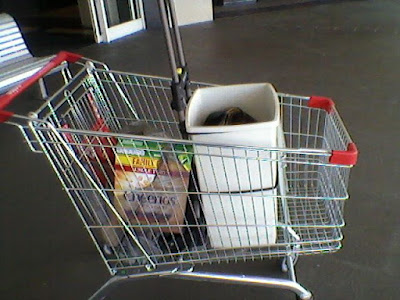 I started using this technique based on my own needs. Two full front compartments is about the limit of what the trolley will carry, and I have a practise of shopping for groceries at Coles / Woolworths first, and then at ALDI second (mainly because they have sorting tables, which allow me to repack the trolley). Of course if you have other things to buy, like a magazine for example, you might want to buy those before doing your grocery run, rather than pull a full trolley behind you.

Once you've finished your grocery shopping, find somewhere to repack your items into the trolley. Removed the trolley from the cart and place on the floor. Place heavy hard/items at bottom and lighter/bulkier items at the top. From my own experience I've found it best to use the trolley with a variety of shopping bags. Heavy and solid items can be placed in the bin, but additional bags and be placed on top, and the handles of the bags placed around the trolley so that they won't fall off. Here's an example of that, being inspected by Bobby the dog. 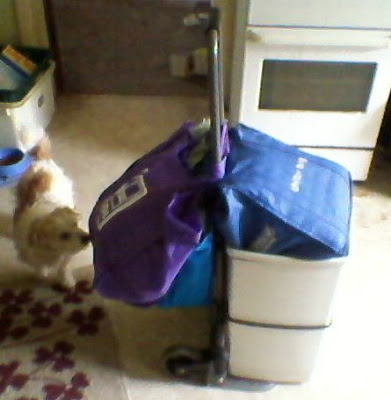 In the photo above I have a "cold bag" on top of the bin, and a couple of overflow bags on the back. The purple bag on the top probably has bread (or something else that I don't want crushed) in it. The main thing is to make sure that the trolley's centre of gravity is lower than the top of the bin, otherwise pulling the trolley will be a bit random.

A mega trolley is like an axe or a broom, when any of the three parts (trolley / bin / cords) wear out, replace it and carry on. In practise I've found that the trolleys will wear out before the bin and bungees. Here's a comparison of three types of work trolley I've used for my mega trolley: 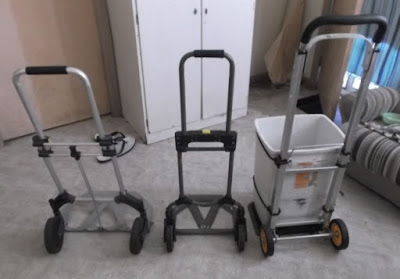 The trolley on the left was purchased as a special from ALDI in 2007. It lasted for 2 years until I started having problems with the wheels. The issue was that the mechanism that folds up the trolley base plate also folded the wheels backwards into the flat of the trolley. After a while empty trolleys, being lighter, would tend to fold up as I was walking pulling the trolley along! The middle trolley is one of several bought from Bunnings over the years. This type of trolley sometimes also folded up unexpectedly, but the main problem with it is that they wheels have soft rubber rims, and these wear out over time, especially if you don't have a sidewalk and have to pull them down a blue metal street! The trolley on the right was also bought at ALDI (in fact I assembled it on the sorting table) and so far has no problems. The other issue with these trolleys is their height. I'm 185cm tall, and the taller one at right is far easier to pull behind me than the other two, which for me involved a bit of a crouch. 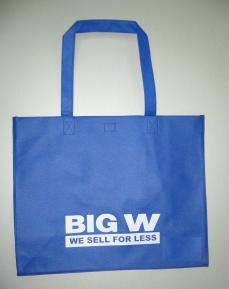 The width of the trolley affects which bags you can attach to them. I've found that cold bags will fit on all of them, but regular "eco" shopping bags struggle with the one on the right. My solution is to use slightly larger bags from Big-W and longer bags from Bunnings.

The other thing about these trolleys is the wheels. As you can see above, the first two have wheels that are explicitly attached to the trolley. That's only an issue when they wear out, like the ones in the middle, because you can't replace them. You then need to buy a new trolley. The wheels at right are attached with washers and a "splint". If these wear out I should be able to buy replacements or equivalents from a local hardware store like Bunnings.

And that's it - pretty basic but way more effective than those silly frabric and plastic trolleys that break on you.
Posted by Laura Ess at 9:10 PM